Home » hair » Nappturality » natural hair » roshini » THE NATURAL HAIR REVOLUTION WON'T BE TELEVISED, BUT IT WILL BE...

THE NATURAL HAIR REVOLUTION WON'T BE TELEVISED, BUT IT WILL BE...

Well documented on YouTube and haircare forums lol. Over 8 years ago,  I took the plunge and went natural when it wasn't a growing movement. At that time, I didn't have a clue how to go natural so I immediately went to the world wide web. I quickly realized that there wasn't an abundance of information out there. I searched and searched and found nothing! Then I lucked upon Nappturality.com which was a life saver. Nappturality was started by Patricia Gaines aka "Deecoliy" in 2002, about two years before my journey began. 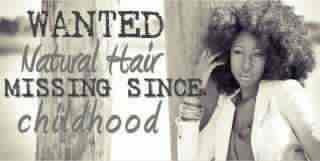 This site was a huge source of great natural hair advise for kinky, curly heads. I was able to learn the do's and don'ts by reading post after post. This site also instilled a since of pride about loving my hair in all it's glory without any compromised.  This is what I will always love about this site. I'm a strong believer that you must love your hair whole heartily before you can honestly say that you are straightening your hair just to change your style up. Truth be told, I have only straightened my hair 3 times in over 8 years. Why? Because I really can't stand my hair like that for too long. Plus, I'm terrified that it won't go back to its' original state. Now ponder on that for a minute, I have a fear of my hair not "going back". All through out my life, all the black women around me had been brainwashed into thinking the opposite. They did not want their hair to "go back" at all.

The first time I wore my "hair out", I remember being self conscience. Then one day, two teenagers were walking pass me, one had awesome locks. He stopped and said, " I love your hair!" All at once I felt a weight lift off of my shoulders. I saw many women look at me with shock because I was wearing my "hair out", but in one utterance this young man freed my mind. After that, it was no turning back, I totally embraced going against the grain of the hair culture that was in my city. I learned to love my hair in all it's kinky curly glory first. I think this is the real reason why I will never return to the creamy crack. I completely feel head over heels in love with my hair and all it's glory.

Next thing I discovered was roshini.net. She was one of the first to extensively document her natural hair journey without fear. All her failures and triumphs with hair was laid out for all lurkers to view. I became encouraged to not just see posts, but to see a complete journey of a natural go from a short crop afro to a glorious huge afro. She was definitely before her time with documentation on natural hair.

I remember when Youtube only had one natural hair video. It was of a video of a lady getting her big chop done. Her boyfriend videotaped the whole thing. Now Youtube has a plethora of videos of big chops, how to's, product reviews, etc. This is the reason I don't believe that the black woman going natural is a trend, no it's much deeper than that. This is a movement...a trend comes and goes where as this has only picked up steam over the last few years. Information is power and the information is everywhere. 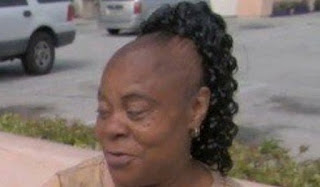 One day, I was doing some research at a high school when I quickly observed that the boys had longer healthier hair then the girls. The girls had the most atrocious weaves and their edges were almost nonexistent. Conversely,  the boys had lush thick hair! I observed boys with locks, braids, and afros it didn't matter the hair style. Who would have ever thought that we would see the  day that a girl would be asking a boy how to grow long hair. I then
realized that black women would be going natural in droves in the near future and that the black man would be leading the way.

.
the doctor~
I saw an old college friend out and about one day. She had just went natural and had finished med school a few months before. She told me it was easy for her to go natural, because she was sitting in classes were there was heavy discussions about some of the chemicals that happen to be in a lot of relaxers. She told me that she couldn't knowingly put those chemicals in her hair anymore with good conscience. She knew what each chemical did to the body, so it was no way she would ever get a relaxer again. I believe this is the awakening that is taking place among black women. The information is convicting us and making us step back and question if our hair regimens are the healthiest for our bodies. 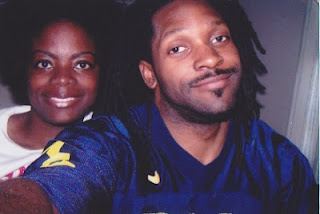 As I mentioned earlier, I believe that our black men indirectly influenced the black women to go natural. My husband influenced me as well. He in seven years grew the most envious locks around. I remember when he first started growing them, some of his family members didn't seem to like the ideal. A few years went by and the disdain quickly turned into envy. His family members started asking him how did he grow his hair so long. The only difference is that instead of high school girls, these were grown women. I watched in amazement as this man's hair grew way down his back with little effort. Even before he started locking, his hair was on a rapid growth by just washing and braiding it. More than anyone, he influence me the most. He always encouraged me through those awkward stages that occur during the natural hair growth stages.

the dream~
Then it happened...I had the dream. It's when you have a dream that through some weird circumstance someone has permed your hair by accident. I woke up so upset, and during the dream I remember thinking that ,"Now I'm going to have to start all over again." I was probably mad all day at the thought of my hair being relaxed  again. That's when I knew in my subconscious, I had fully accepted my hair.

online unity~
Lastly, black women are also becoming educated about ingredients in all products not just relaxers. That's why almost every major haircare line is coming out with "natural" hair products. Some are trying to deceive the consumers, but this isn't as easy now that we are online constantly swapping off information. As well as reviewing every product that comes out. This is keeping the hair companies on their toes, because we are becoming one research machine online that's over a million strong.

ALL CONTENT COPYRIGHT GUMBOHAIR 2011 - 2014 UNLESS OTHER WISE NOTED. CONTENT MAY NOT BE USED FOR COMMERCIAL OR PERSONAL PURPOSES WITHOUT PRIOR WRITTEN CONSENT. ALL IMAGES TAKEN BY GUMBOHAIR  ARE COPYRIGHT PROTECTED. ALL RIGHTS RESERVED.
Posted by GUMBOHAIR.COM at Thursday, June 21, 2012