HOW/WHY I SUCCESSFULLY TRANSITIONED IN 14 MONTHS... 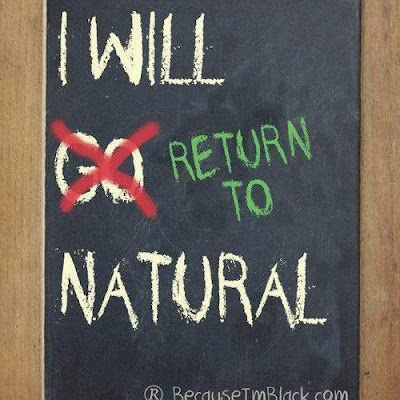 Somewhere around December 2003, I was combing my hair when I noticed a bald spot at the top of my head. It was in the shape and size of a nickel. I panicked and immediately called my hairstylist. He told me that he didn't know what could have caused it but I should see a dermatologist immediately. I made an appointment and a few days later was told that I was suffering from alopecia areata.

The doctor gave me a foam like medicine to put on my head for a few weeks. I did this but nothing happened so he gave me a corticosteroid injection in my head. I never felt so humiliated and broke down in my life. I cried like a baby in my car. After I gathered myself, I was determined to figure out what was going on with me and not accept discouragement. The doctor had informed me that I couldn't get a relaxer for a while so I decided to finally do what I always wanted to do...GO NATURAL!


I went to my hairstylist for a couple of months to get my hair washed and flat ironed. After a few months, my hair started to grow back. He told me that when I was ready, to let him know and he would cut off my hair all at once. I didn't have the nerve to cut all of my hair at once so I decided to transition. I transitioned not only my hair but my mind for 14 months. Some people can big chop right away, but for me I had to ready my mind so that I would never look back.

I usually slicked my hair back into a ponytail or used silk scarfs to transition.